Part I: Damage control – how technology can assist vehicle inspection

The quality of finished vehicles has traditionally been checked by eye, but this convention is being challenged by automated image technology such as that developed by British start-up DeGould.

With approximately 80m new cars being produced globally each year, the automotive industry has a big job to do when it comes to checking the condition of finished vehicles, something that has long relied on human labour. Whether leaving the factory or arriving at the port, vehicles undergo inspection checks throughout the production process and logistics chain, but any damage needs to be accounted for and assigning blame to the correct party for cost recovery is not always straightforward.

According to engineering and software company DeGould, the average damage rates across global brands and markets are on average 2-10% for finished vehicles, with an average cost per claim of over £250 ($328), and often much higher for premium brands.

“OEMs, LSPs and retailers used to rely on a person walking around, generally with a bit of paper and a phone or basic camera,” says DeGould’s CEO, Ed Jones. “They were out in all weather conditions, light or dark, trying to get an objective view of the car… it’s so difficult to do.”

In 2012, former digital strategist Dan Gould decided to find a more cost-effective, less ambiguous way to evidence vehicle inspection after witnessing an argument over the return of a rental car – and the idea for DeGould was born. “An employee and a customer were arguing about whether the car being returned was damaged before or during their hire,” explains Jones. “It’s the classic argument; the lack of evidence for both parties is frustrating.”

This led to the development of the first DeGould Auto-scan system, initially aimed at the car rental sector, but later picked up by car manufacturers looking to document damage to new vehicles, off the production line and throughout their supply chains.

Auto-scan is a drive-in, drive-out booth featuring controlled lighting, studio-quality scans and a full camera system to scan and capture the 360-degree exterior of the car in as little as two seconds, including roof and undercarriage.

At the handover or inspection point, the vehicle is identified using a barcode or QR code and then driven into a booth through high-speed, rapid-rise doors. The images are captured and the exit doors are immediately released. “Everything is done to speed up the process. For our partners, speed and efficiency represent big cost savings,” says Jones.

A specially designed lighting rig ensures high- quality images. “The booth takes an objective, crystal-clear image that retrospectively you can review and say there is damage on the car or not – it’s evidential,” states Jones.

After the scan has been taken, data is securely stored and processed in the cloud, with results immediately available on the company’s dashboard. Artificial intelligence (AI) inspection algorithms are then used to detect damages such as dents, chips and scratches, as well as to check against build data that the car is the correct specification.

Auto-scan is able to detect incorrect build items by reading the vehicle identification numbers (VINs) as the car enters the booth. “Missing features, for example dust caps on a wheel, or incorrect assemblies, such as the wrong badges, or transport-specific items like correct fitment of body protection and correct towing eye, are immediately flagged,” says Jones. “This allows for corrective work to be undertaken before the vehicle leaves the factory.”

According to the company, the system has an uptime of 99% and offers an open application programming interface to integrate into OEM and other systems, with supplementary apps and dashboard features for the users.

OEMs and ports onboard

DeGould now has contracts with more than ten OEMs, including BMW, Daimler, Bentley, Volkswagen and Jaguar Land Rover. The latter has been a client of DeGould since 2014 after an employee saw an Auto-scan booth outside one of Gould’s old offices. The equipment had previously been at Heathrow Airport, where it was used for car rental company, Avis.

“JLR is our longest-serving customer and has been instrumental in the technology’s success,” states Jones. “Having installed our first booth in Solihull in 2014, it’s great to have live systems throughout JLR’s plants, as well as see JLR vehicles coming through our global port network.

“When JLR hands the vehicle over to BCA, for example, to take down to Southampton port, it now gets a scan at the plant and also when it arrives at the port, and so it’s very clear to see from those three parties who caused any damage.”

DeGould’s Auto-track technology is also used in factory line systems without the rapid-rise doors; images are taken as the vehicle passes through on the conveyor. This version is being deployed at JLR’s Slovakian plant in Nitra.

As well as working with OEMs, DeGould has several contracts with ports, notably at the Wallenius Wilhelmsen terminal in Southampton, where the logistics provider’s senior vice-president, Michael Rye, describes the technology as a “game-changer”.

At Southampton, DeGould currently has five Auto- scan systems in operation for different customers – with plans for more in the future. “Areas of the port have been redesigned to accommodate the technology and new streamlined processes adopted without the limitations of manual inspections to contend with,” says Jones.

Each Auto-scan system at the port uses 23 high- resolution smart cameras. “The booths capture multiple OEMs exporting from the UK, several of whom also have booths in their own plants, which creates a digital passport of the vehicle’s condition through the supply chain,” says Jones. “In terms of ports, it’s very collaborative. You have the same OEMs using the same ports and even from an inbound perspective VW, BMW, Daimler etc are often bringing cars into the same ports, using the same carriers, so it’s really about aligning those companies.”

Auto-scan is also installed in Shanghai port as part of a global roll-out for Daimler, following the installation of its first scanner at the Mercedes-Benz plant in Vance, Alabama in November 2018. 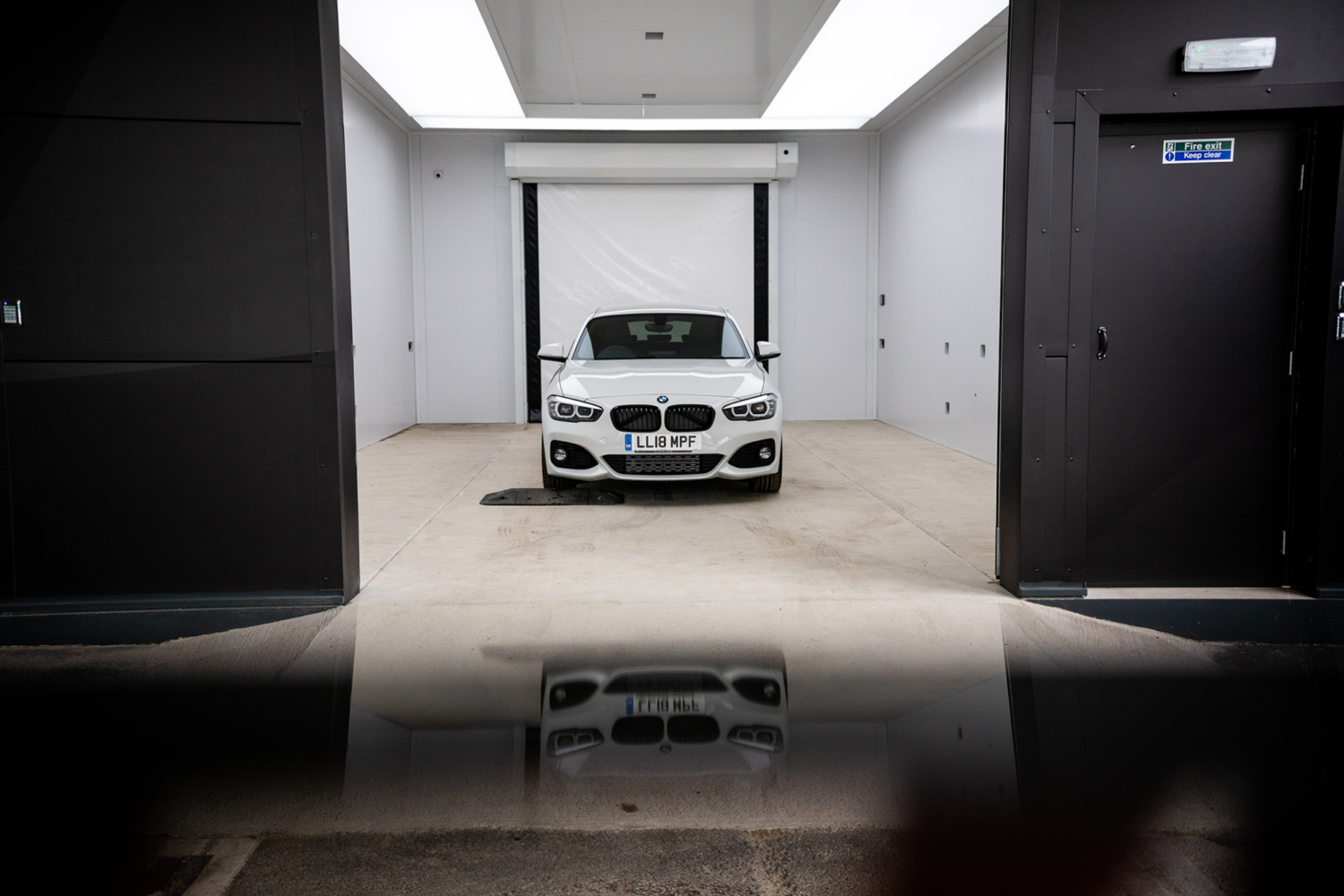 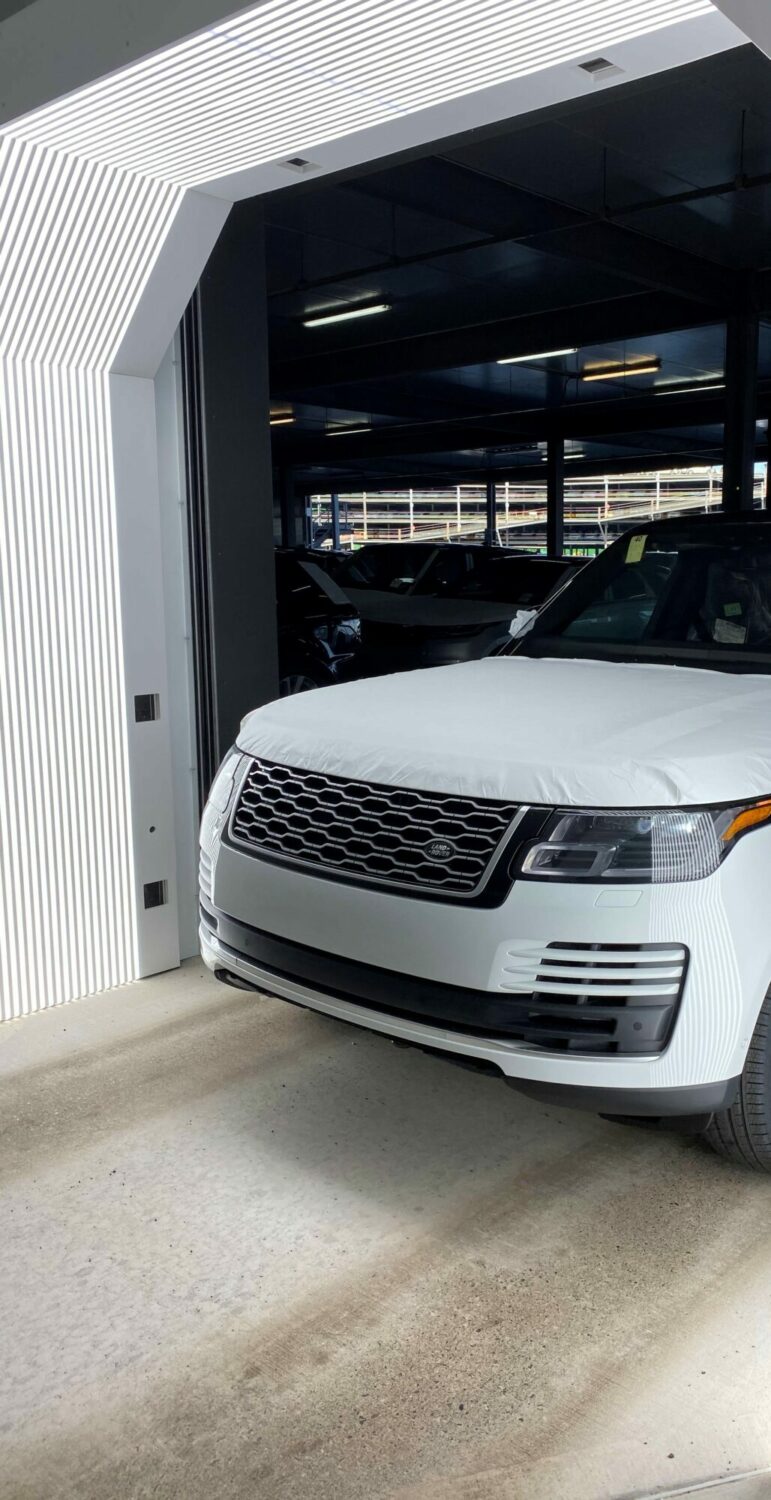 If you are interested in speaking to us about our award-winning solutions and would like to set up a consultation or demonstration, please contact us directly.

If you would like to receive more information, please provide your details below.

You can change your mind at any time by clicking the unsubscribe link in the footer of any email you receive from us, or be emailing us at Enquiries . We will never share your details with any other company unless specifically required to do so by law by the police or other regulatory or governmental authority. By opting in, you agree that we may process your information in accordance with these terms.

The Company
About
In The News
Contact Us
Careers
FAQs